Key management decisions regarding fertiliser and growth regulation in the early stages of the spring can have a major bearing on a crops final yield potential, especially winter barley. There is a marked increase in the overall acreage of winter cereals as sowing conditions were good in the early part of autumn 2020. The earlier drilled crops have better establishment without question and many did receive an autumn aphicide. Those that took the gamble of sowing earlier into better conditions seem to have been rewarded so far but time will tell on this. 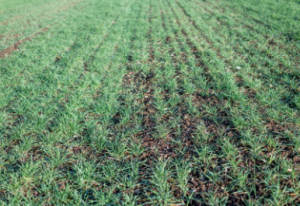 Winter barley crops are looking well in general and are well established with good plant count levels. Most were sowed before conditions got difficult in the autumn and have come through a wet winter in good condition. Any crops that have not received any Phosphorus (P) and Potassium (K) will require an application before early March as soon as conditions allow. Crops that received no autumn P and K will start to show deficiencies especially for when temperatures pick up and growth kicks in. Check your soil samples and tailor NPK compounds accordingly. Depending on soil indexes, winter barley crops need 30-35 units of P and 100 Units of K. 4 bags /acre of 10-8-25+S. Aim to have 75% of nitrogen out on winter barley by 20th of March. Disease levels are low, therefore growth regulation and tillering will be the focus of early chemical applications. 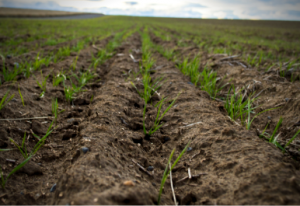 Winter wheat crops are generally good but there is some variation out in the fields. Crops sowed earlier that are well established are in good condition, with excellent plant stands. Crops sowed later into difficult seedbeds, especially after potatoes or fodder, beet have struggled to establish. The wet weather in the winter has taken its toll on these crops and they have also suffered a certain amount of slug damage in places. Chopped bean straw has also proven to be a suitable host for slugs and a few winter wheat crops after beans have had to be treated with slug pellets. Many crops after beans have a lot of bean volunteers coming through but these will be easily dealt with it in the spring and are serving a useful purpose, allowing water to infiltrate into soil down along its roots.

Overall, crops are generally good and winter wheat has an amazing ability to compensate even for sub- optimal plant stands come harvest , so I would be reluctant to tear up any crops, unless they have large areas missing completely. A little and often approach to Nitrogen (N) will help to maintain and produce tillers, allowing the crop to fill in. A notable attribute of Graham.  Aim to have balance of P and K out on wheat by mid-March. Apply accordingly to soil sample requirements. Aim to have the first main split of N on by the first week of April, and the final split on by the first week of May. The aim with wheat is not to have too big a canopy too early in the crop as this presents problems for growth regulation and disease control, particularly Septoria Tritici. 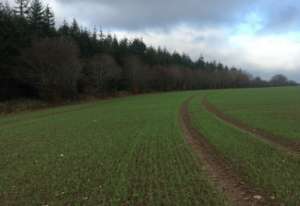 There is a nice amount of winter oats in the ground and all have established well in general. The two varieties sown are Isabel and Husky, both spring varieties sowed in the autumn. As a result, crops are quite forward owing to the reasonably mild winter. Most crops are fine but some in more coastal milder areas are a touch forward. These crops will need careful attention in terms of growth regulation and rust control, especially in coastal areas in South Wexford. Crops will need to get their NPKS requirements by the middle of March with a blend such as 10-5-25 + S, which is ideal for winter oats at 4 bags/Acre. 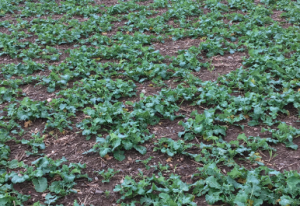 The acreage of oilseed rape is not huge this year but any crops that are planted are in very good condition. Most were sowed later than usual in the autumn, with most sowed the first week of September. All crops received some P at planting, which has made a big difference to rooting and overall establishment. Crops are even with good green area indexes. All crops have been treated with a fungicide for light leaf spot in the autumn and with Kerb (propyzamide) for grass weed control. Aim to get potash out on rape by mid-March, with 100-110 units. Rape has a high requirement for sulphur so the first main split of N should include ASN (26%N 15% S), with further applications of sulcan. Aim to apply the last 40-50 units of N on rape at the latest possible time, to ensure that the fertiliser spreader can physically travel through the crop.